Rathkeale’s Ian O’Sullivan is the latest Irish World Champion after he won the Junior Men’s Trap Event at the International Shooting Sport Federation (ISSF) in Granada, Spain earlier this month.

The 18 year old overcame competitors from 34 countries. He faced Australia’s Jack Wallace in the final but he was no match for the golden striker.

The Irish Clay Pigeon Shooting Director Jeffrey McCready described O’Sullivan as the “Best Irish male trap shooter in a generation”. Giving the young winner high hopes for the future he went on to say that the Olympics in Rio 2016 might be too soon as he may be too young to compete, his focus should be set on Tokyo in 2020.

Ian’s proud dad Brian said “The whole nation is proud of him. It’s a fantastic achievement”.

Well done Ian, we look forward to seeing you progress on in the future! 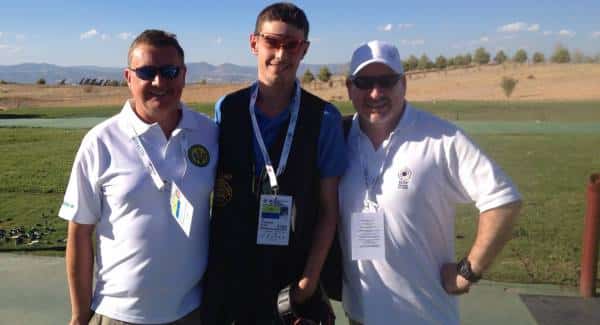